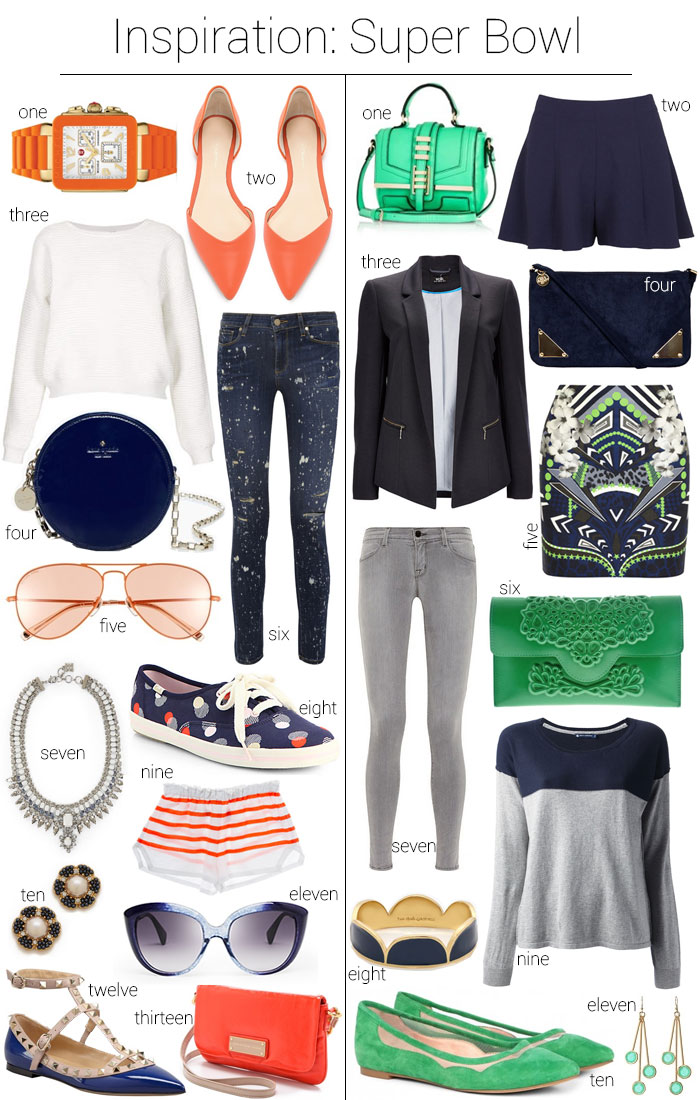 Now that we know what teams will be headed to the Super Bowl this year it’s time to get a little inspired by the team colors- whether you’re a die hard fan, or just want to do a little color coordinating on Super Bowl Sunday. The Denver Broncos colors include navy blue, orange, and white, while the Seattle Seahawks have a bright green, silver/grey, and a dark blue. Whichever team your going for, it’s sure to include some nice bright colors!