After 2 nights in Rome, we made our way towards Maranello by train. You may not know about this small Italian town but our reason for stopping was to enjoy all things Ferrari. Maranello, which is just an hours drive from Bologna, is the home of the Ferrari Factory as well as home to their Museum. We toured their factory and not only got to see where every Ferrari is carefully made, but we also were able to take a look at the test track where they test their Formula 1 cars. Once the factory tour was complete, we made our way through their museum and enjoyed looking at Ferraris from both past and present, and their California Dreamin’ exhibit. Speaking of California… After spending half the day looking at Ferrari’s, it was finally time to get behind the wheel of one! We rented a Ferrari California and drove through the beautiful Italian country side.

Next Stop – Milan! The next day we took another train from Maranello to Milan. We stayed at the Park Hyatt which was in the perfect location right in the the Galleria Vittorio Emanuele II – one of the oldest shopping centers in the world. Right next to the Galleria is the Duomo, a gorgeous gothic style cathedral whose construction began back in the 14th century so we had plenty of exploring to do before hopping on the double deckers to see the rest of the city. In the middle of our tour we stopped at the Sforza Castle where there happened to be a small international beer and food festival. Of course, I have to talk about the food even though I only tried a couple of places. I was only able to eat at one pizza place (Pizzeria Spontini) which was a fast “take-away” type of food place, but still good. After a yummy slice of pizza comes gelato! Located right across from Spontini was a Cioccolate Italiani. The place was packed, and it looked delicious, so of course we had to try it! It did not disappoint and they had a way of serving it that made the whole gelato experience that much better. Unfortunately, there were no pictures allowed inside. 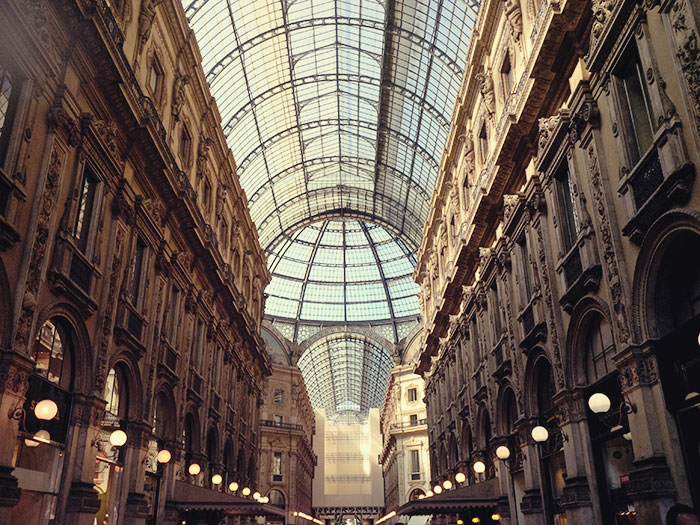 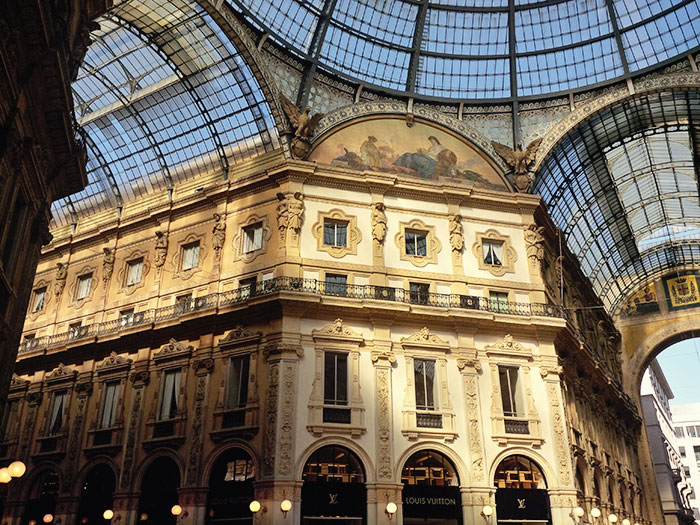 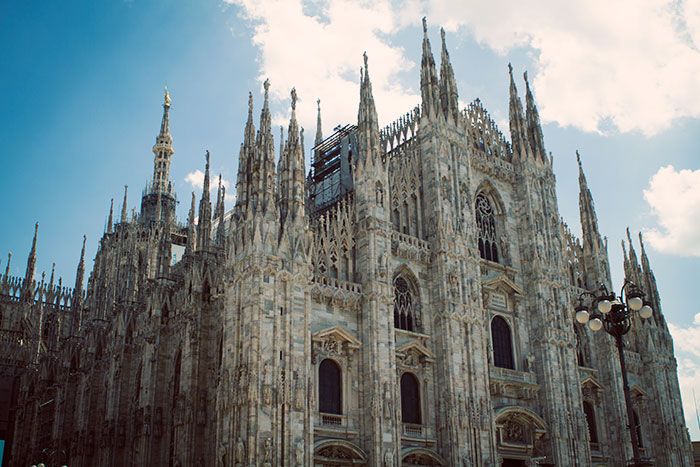 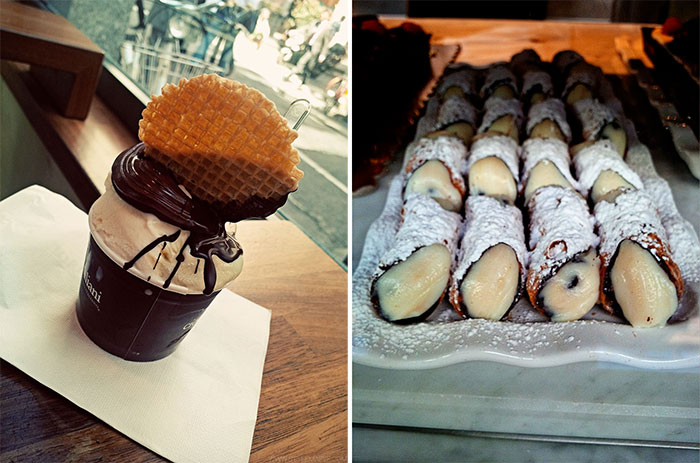 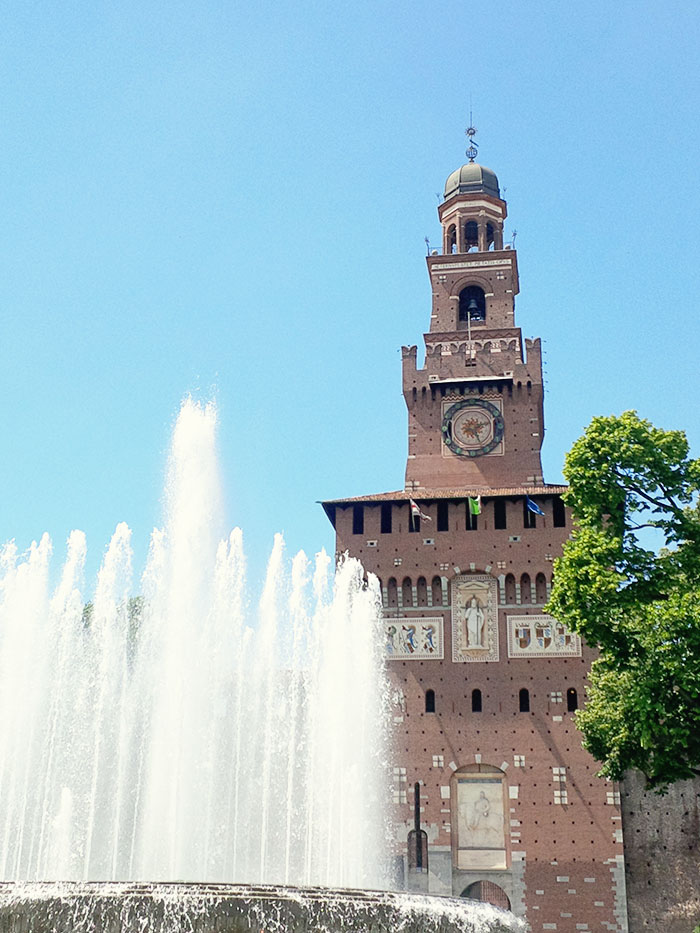 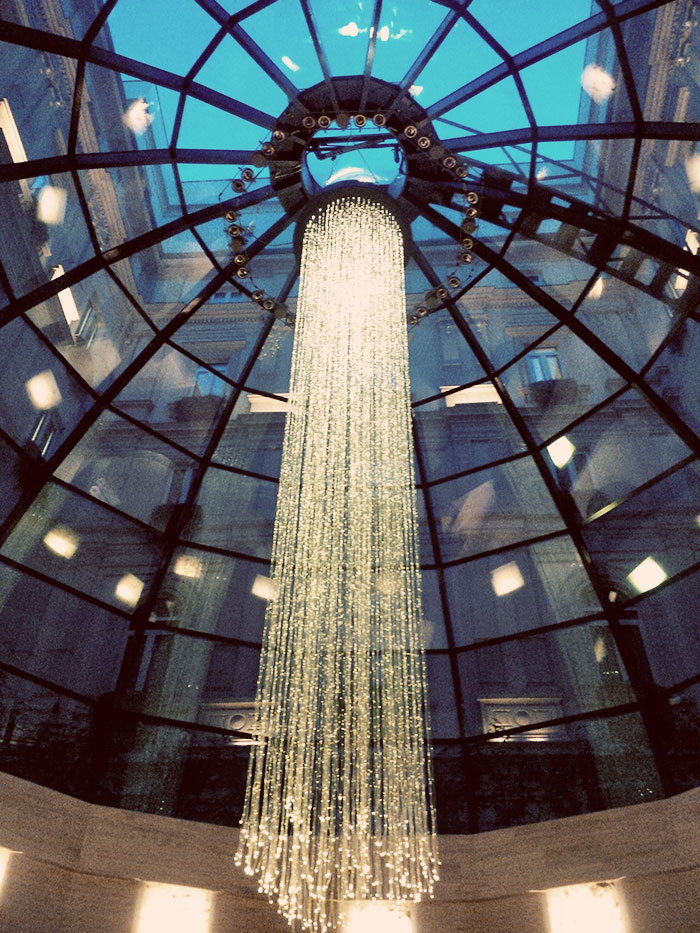 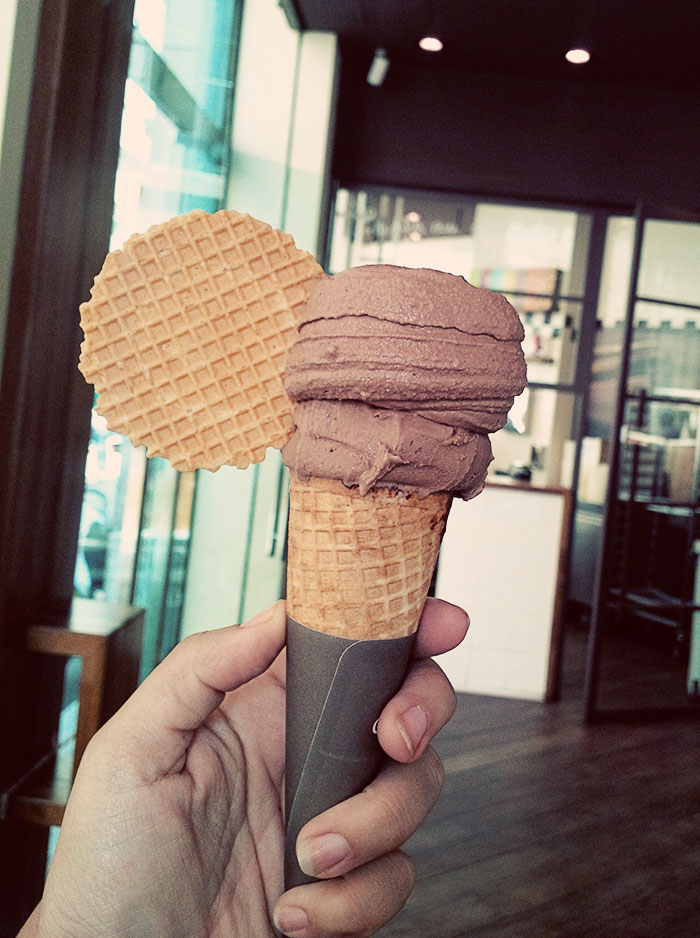 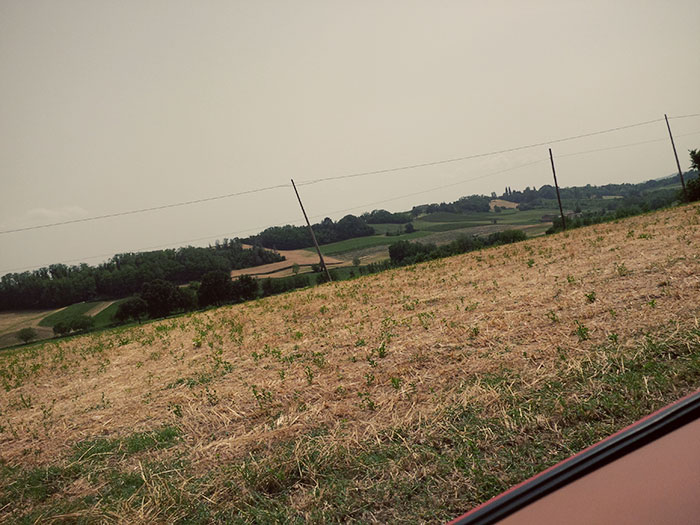 (all pictures taken with my BlackBerry Z10)